Archipelago flora & fauna. Want to know more? Click on one of the names below for more details on all the plants & animals of this magical land, including descriptions, illustrations and sounds…

Fish native to Archipelago. They dart rapidly surface in huge and back down again in huge shoals when feed palm seedlings. The shoals can be so big, disturbances caused at the surface of the water can be surfed, creating a means of transportation using rudimentary Palm Frond boats.

An enormous Palm Crab taller than a tree. Sent by The Goat to kill and maim as many islanders as possible, this creature lives in a series of hitherto unknown lava tunnels on the northern slopes of Atoweena, one of Archipelago's largest islands. 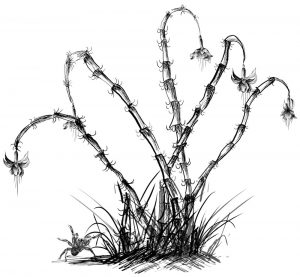 A tall and prickly grass that grown predominantly in the Panu'wahi region of northern Atoweena. Clusters of barbs grow along the grass stems with needles protruding from its flowers. The base of each reed is hollow and can be remove to form a tube through which the needles can be blown. 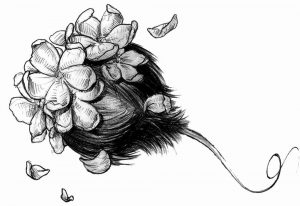 A small nut, which grows in clusters atop palm trees throughout Archipelago. White petal flowers grown from the top of each nut. A strand dangles from the end of the nut. When the loose strand is tugged on, the nut will ignite, creating a ready-made source of fire. Seed pods within the nut dissolve on contact with water, releasing hundreds of tiny seedlings, which glisten in the water to attract fish. 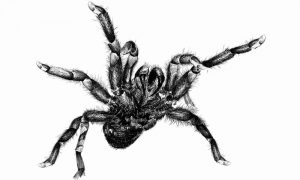 A huge, venomous spider. The ki'koohoi can grow larger than a man's first with legs thicker than a man's fingers. A single bite is typically fatal, which is why locals have relocated all settlements away from the Panu'wahi region of Northern Atoweena, where the spiders live. 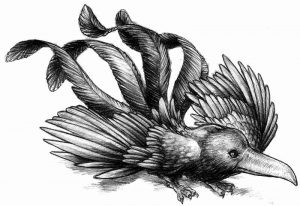 A magnificent bird native to Archipelago. Kuelas nest throughout archipelago but a large colony exists on Kuela's Nest Island, which is where the island derives its name. Kuelas can sense the thoughts of natives and, under the right conditions, they can understand people. A magical bird, Kuelas can be summoned forth through the power of the Orb of Flight. 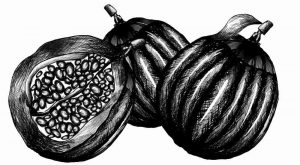 An edible fruit found on Kuela's Nest Island. Green in colour, the fruit will eventually turn red, indicating is it ripe to eat. 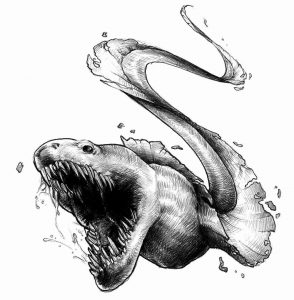 Deadly eel found mostly throughout the western waters of Archipelago. Mano'anas can deliver a paralysing shock. They wrap themselves around their victims to suffocate them.

Fish common to the waters around Archipelago. Highly prized by locals as an extremely tasty source of protein. The fish is silver with yellow stripes. They use their tall dorsal fins for agility in the water. The fins are very sharp.

Evil dark creatures of the underworld command by The Goat. A Palm Crab has about the same mass as an adult human and is a force to be reckoned with. They clack their pincers together rapidly and their eyes shine bright beams of light. A Palm Crab's jaws can easily slice clean through flesh and bone. Palm Crab attacks are typically fatal. Their exoskeleton shells are extremely tough but can be penetrated by sharp spears if thrown with enough force. The Dagger of Pa'hoa is known to be able to penetrate their shells and the crabs will explode when that happens.

The leaf of a Palm tree. Archipelago islanders put Palm Frond leafs to many uses, including tying them together to make sleeping bags or boats. Strips of a Palm Frond are also used for fish bait and their fibrous strands can be harvested to make fishing line and string. 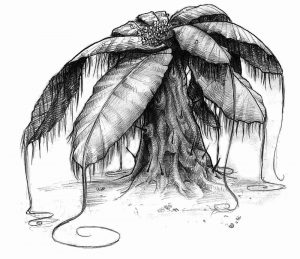 A palm tree that has the ability to attack. Bulges around the tree's thick trunk contain toxic darts, which can impale and cause death. The darts are launched if their leaves are disturbed.