Ah, the relaxation just keeps on coming here on our third day in Yarrawonga. With yet another slow start to the day (a definite pattern is emerging here), we all just kicked back and let the day unfold. The sun was out in force again this morning and the slightly more lobster look to the children was all the impetus needed to kick us into full parent mode. Despite protestations from Joey in particular, no child was allowed outside of the unit without being fully dowsed in sunscreen. Once the kidlets were both sufficiently smeared, however, I took them out to the pool. Sandy and the kids had by now already had something to eat but my idea of bacon and sausages thrown onto one of the many BBQ pits here was just too much temptation for all concerned and Sandy launched into action. Having learned my lesson yesterday from using what I am now referring to as the ‘stick pan’ in our unit kitchen to try to cook bacon and eggs with, we’ve found that a couple of lengths of baking paper directly onto one of the BBQ pits is the best way to cook and not have to worry about clean-up. Bonus! 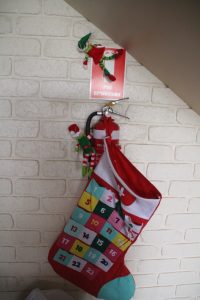 Rather than forcing a ‘family day’ on everyone, we decided to let the kids decide what they wanted to do today. For Joey, this meant a trip to the local Tunz-a-fun play centre. Jennifer, on the other hand, is rather attached to the pool and specifically wanted to stay behind to spend some time in the inside pool instead. Despite the oh so very arduous task of parking my behind into a chair and remaining motionless for half an hour to supervise this activity, I reluctantly offered myself up for that detail and we said goodbye to Sandy and Joey after we’d all eaten our fill.

Now, anyone that knows me pretty much knows I interact with kids all the time. As such, I have no issue with chatting to the kids around the place and getting to know them all. There were a couple of smaller kids in the inside pool being supervised by, what turned out to be, a rather overprotective (and over-weight!) aunt. Jennifer did her best to interact with the two girls whilst we were there, and they were more than happy to play along. After a while, Jennifer suggested I get into the water. As it’s warmer than bathwater, this didn’t seem like too much of a put out, so I got into my swimmies and joined the girls in the pool. One of our kids’ favourite games is jumping over a pool noodle, which I hold just over the water by the side of the pool. I move it progressively farther away from the edge to see how far they can jump and the kids generally have lots of fun with it. We went to commence with this game when Mrs. Overprotective suddenly yelled out to her two girls that they are not to jump over that noodle into the water. She didn’t address me at all – even though there was nobody else in the pool. Everyone, myself included, looked at her wondering what the problem was. The kids were all startled and it created a very sudden tenseness in the air. The girls didn’t know what to say or do and I was left there wondering myself what the problem was. Not entirely sure how best to deal with this situation, I thought it best that me and Jennifer leave the pool, which we pretty much immediately did. In the back of my mind was the thought that this woman didn’t want her girls interacting with a strange man. Whether that was the case or whether she was just not keen on the idea of her girls ‘jumping into the water’ for some reason (they seemed to be swimming quite confidently from what I could see), I don’t know. Either way, I figured a tactical retreat was probably the best thing to do. I guess you never really know what lies behind some people’s behaviour.

After we exited the pool, we went back to the unit again. Jennifer had developed a bit of a mood by now but I put that down to the fact that she had nobody to play with and was now cold for having gotten out of the pool. As a distraction, I took her over to the games room and we played some table tennis and pool, which did seem to cheer her up again.

By around lunchtime, Sandy and Joey re-emerged and told us all about their adventure in town. It seems the staff at the outdoor Tunz-a-fun are all elderly volunteers and had taken a liking to him. He got away with more entertainment than his spending money permitted, as they gave him some extra rides at a discount. In addition to the fun stories Sandy and Joey brought back, they were also toting some chocolate treats for me as well as a couple of those battery-operated fly swatter tennis racquets. I’m actually sitting here right now at the laptop on one of the outdoor tables with the thing next to my screen. Already, one little shit has bitten the dust. Ah, does life really get any better than this? Anyway, I digress. Joey wasted little time in wanting to get into the pool after they returned, so Sandy took the kids over there and I borrowed the vacuum cleaner from the laundry room and gave the place the once-over. As the days here are so full of exertion, I decided I had earned the right to another mid-day nap and duly exercised that right. It really is exhausting doing sod all the whole day 🙂

After loosing a couple more hours of the day to the peaceful seclusion of my dark and ever so comfortable climate controlled bedroom, I awoke to find the rest of the family chilling out in front of the TV. I didn’t recognise what they were watching but it was a children’s comedy program about life in a secondary school. It reminded me very much of my school days, when I would come home from school and park myself in front of the telly with my dinner to watch my favourite program – Grange Hill, which is also a kids program about life in a secondary school. As I watched my kids enjoying the show, I had the funny sense that we had now somehow come full circle. We actually rarely enjoy time in front of the TV as a family at home but it was a lovely little diversion this afternoon and a good opportunity to snuggle up.

Once TV time had subsided, thoughts turned to dinner and it seemed that fish ‘n’ chips was the favoured option in the house. I took Jennifer up to the nearby town centre and we popped into the first of what is several fish ‘n’ chip shops along the main drag there. With cod season having just opened, I did think we might find some cod on the menu but it’s evidently not fished commercially for sale in the shops. As such, the usual flake and blue grenadier were the staples of choice, along with the potato cakes and sausages in batter. With an arm laden with piping hot food, we went back and polished it all off around the kitchen table.

Still too early to prepare for bed, we spent the remainder of the evening at the games room and indoor swimming pool with a few of the kids new pool friends (fortunately, no sight of Mrs. Overprotective). Only the kids got wet. Sandy has been supervising in her pyjamas and I’ve spent the last hour typing up this daily journal. It’s now about 8:15 and I think I’ll call it a night and upload now.